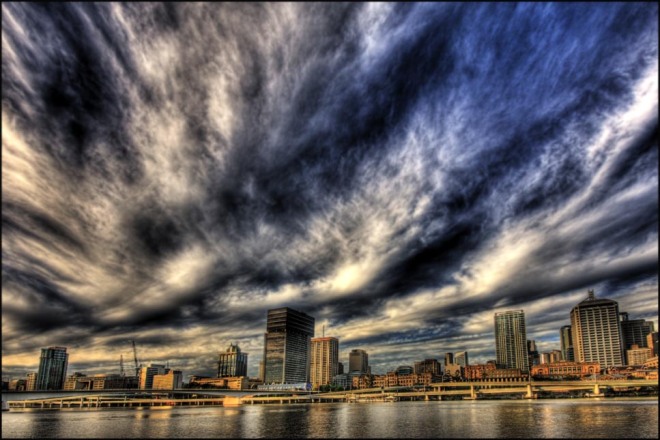 This article was published by New Matilda on 8/11/2015. The author retains copyright.

Two excellent articles penned for New Matilda by Drs Bueskens and Jackson in recent weeks have called for the new Liberal Government to follow the ideas of historical liberal thinkers.

These analyses focussed on ways in which classical liberal tenets might inspire a move away from the harder edges of Abbott’s conservative agenda. However, in focussing on the Liberal Party and thinkers of the 18th Century, both articles missed an opportunity to reflect on the contemporary democratic conditions within which the ship of the Liberal Party is listing.

It is a fait accompli that the modern Liberal Party tries to be both liberal and conservative and is therefore neither. The legacy of the past hangs heavy around its neck, prolonging its self-defeating contradictions.

The Liberal Party came into being in 1944 as a ‘broad church’ of necessity. It represented a desperate alliance between all those opposed to the supremacy of the new, union-backed Labor Party. The alliance has persisted into the contemporary era because no single ideological strand of the Liberal Party has ever had the electoral appeal to defeat the Labor Party by itself.

As a ragtag bunch of ideologies united by expediency, the Liberal Party has spent much of its adult life trying to deny the value of ideological purity. In a 2001 speech, Tony Abbott argued that because it is “impossible to be free outside a context of stability and order” one cannot promote the individual freedoms of liberalism without balancing these against traditional conservatism.

It is unsurprising that Abbott sacrifices liberalism in order to promote conservatism. What is surprising is that his position is not novel. The 1986 Liberal Forum publication The Continuing Vision also made the case for compromise, stating that the historical success of the Liberal Party was based on its “rejection of ideological and doctrinaire politics”.

The Liberal Party has convinced itself that politics is not about choosing one good idea — even the idea that the party is named after — but about balance and hybridisation. A more accurate branding would be the Australian Pragmatic Party.

Championing the philosophy of no one philosophy has created a crisis within the Liberal Party. Ideologies that are, to quote Abbott, “beyond ideology” and therefore intellectually fragmented have filled the vacuum. Howard’s jarring neoliberal economics and conservative social policies come to mind.

Howard’s long tenure demonstrates that contradiction is not necessarily fatal in Australian politics. The Liberal Party is predictably inconsistent, but they are only reflective of a broader, systemic problem within our democracy.

Due to the historical power of Labor, our political system operates according to a two-party model — or a party and coalition model, to be exact. Unfortunately, this concentrates the health of our democracy into the hands of two structurally entrenched bodies.

The idea that democracy is not a binary presence or absence but rather a continuum of health seems odd. In day-to-day language, we tend to reduce democracy to the act of voting. So long as everyone gets a vote, democracy is upheld.

But elections are only the visible institution of democracy. Underpinning this institution is a simple normative scheme that attempts to balance the contradictions of society.

The key question that modern democracies must answer is how they can exist in a stable fashion over time.

In 1971 the philosopher John Rawls published a book called A Theory of Justice that ignited this debate. He observed then what is now widely accepted: democratic societies are pluralistic. The interests and beliefs of citizens are generally conflicting.

Rawls described one way a conflicted society might maintain its unity. Laclau and Mouffe, Habermas, Connolly and other great thinkers subsequently piled on with their own prescriptions for ensuring that democracy manages difference without devolving into tyranny.

Liberalism, deliberation, non-violent conflict, and even pluralism itself have all been offered up as the principles that best preserve a democracy.

Separately, these systems reach wildly different positions. Collectively, however, they all presuppose a democratic society that is founded on liberty and equality.

The scheme that is democracy assumes that all citizens are both free and equal. This requires compromise. Complete freedom demands that there be no checks and balances on individual behaviour; complete equality subordinates all individual behaviour to homogeneity. Cue philosophers offering multiple principles to ensure a sustainable balance between these opposites.

The stability debate is ongoing and will probably never reach closure.

Fortuitously, Australia has an in-built pressure valve for democratic stresses. Our two-party system aligns — in theory — with the two assumptions of democracy. Labor, as the party of the worker and the social safety net, traditionally represents equality. The Liberals typically champion freedom of the individual and the market.

The Australian two-party system is a neat division of labour. Through government and in opposition, the major parties should mediate each other, robustly championing the opposing assumptions of democracy. This should result, on average and over the long term, in a stable balance between liberty and equality.

Unfortunately, in recent years, Australia has not benefitted from a sound ideological contest in our politics. The Liberal Party has abandoned liberalism in favour of pragmatism. The Labor Party remains committed to unions at the expense of representing equality in a non-unionised society.

Unless we see a philosophical rejuvenation in the major parties and a commitment to principled politics, the system will eventually fragment into a multi-party contest.

The electorate knows that things are out of kilter. The rise in protest parties, the growing Greens vote, poor polling and the revolving door Prime Ministership are reflections on the contemporary two-party system and its democratic failings.

If they wish to avoid irrelevance, our major parties need to let the best ideas of classical liberalism and socialism shine through in their policy platforms.

When the impulse towards zero-sum politicking takes hold, they should remind themselves that democratic stability — more so than single issues and single parties — is ultimately at stake.

Senator Di Natale announced last week that the Greens Party is aiming for a coalition government in the not too distant future. Di Natale’s comments did not receive widespread debate in the media. This is a shame because he was talking about the most agreeable future for our political system.

We need a multi-party system to save us from the mistakes of our incumbents. Both sides have shown repeatedly that they cannot be trusted to conduct a genuine contest of ideas. The unprincipled, winner-takes-all strategy adopted by Labor and the Coalition is corroding Australian democracy.

I’d like to divert here for a shout out to the excellent alternative news outlet New Matilda, the carrier of the above article. New Matilda is doing important work raising awareness of topics that don’t receive enough mainstream coverage.

In writing this article I tried to draw attention to one of the bigger white elephants in the room: that most dirty of words in modern politics, ideology. Ideology gets a very bad rap. But it shouldn’t. Etymologically, it simply means the study of ideas.

Unfortunately, we no longer believe in the ‘study of ideas’ because the word is associated with captain’s calls, hidden agendas and misleading the electorate. In my article, I try and defuse – even resuscitate – this caricature. In fact, if we look back through the short history of our Parliament, we see that it is the public denial of ideology that undermines stability and transparency.

All politics is ideological. It is a lie to claim otherwise. Worse, it makes the motivations and beliefs of politicians opaque to voters. We are reduced to voting based on leader’s personalities, knowing that both parties will say anything to beat their opponents.

The meteoric electoral rise of the Greens Party is the clearest indicator that the Australian two-party system is unravelling. This is overdue. If the two major parties hope to keep their cosy duopoly, they had best look to history: to the way their predecessors conducted a contest of ideas that was both known to and judged by the electorate, thus strengthening our democracy. Until they do that, more power to the Greens.