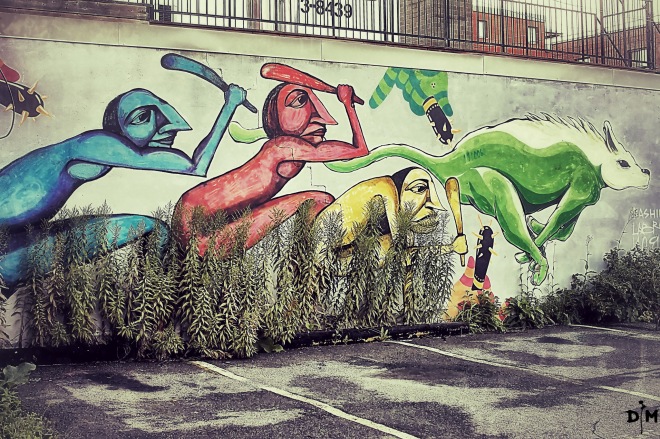 The way that Curtis Cheng was murdered outside Parramatta police station, Sydney, Australia, is shocking. In the wake of this tragedy, Islamic community leaders and the Australian Federal Government presented a united front in condemning violent extremism. Unfortunately, they were preaching to the choir.

United advocacy in the wake of terrorist actions is important, but the rhetoric needs to have moral weight equal to the task of dissuading potential terrorists. Sadly, we in the democratic West have failed to make a strong case against fundamentalism time and time again.

Malcolm Turnbull made a speech in which he called for solidarity around ‘Australian values’ and especially the ‘mutual respect’ that built this country. The Grand Mufti of Australia was blunter, telling radical Islamists to ‘stop messing with Australia’. These appeals are a radical improvement in both tone and sincerity on ‘Team Australia’ messaging. But their content amounts to the same thing.

The ‘Team Australia’ metaphor was divisive and clumsy. It invited us to visualise what an Australian ‘team member’ looks like. Notably, Mr Abbott never specified who was on Team Australia. There was no way he could give specifics without excluding at least some of the Australian population.

Appealing to shared values rather than individual membership places less emphasis on identities and implied exclusions. But it is still a weak message with which to combat propaganda.

If pressed on what Australian values they mean, both Mr Turnbull and the Grand Mufti might have cited mateship, egalitarianism, and the fair go. They might have given other examples, but beyond these oft repeated three it becomes hard to pin down the essence of Australian-ness.

This essence eludes us because we are a proudly multicultural country. The strength of Australia is built on inclusiveness, on our ability to bring people together around the bedrock of shared humanity.

Respect, mateship, egalitarianism and the fair go are more or less the same thing: a commitment to equality of opportunity, informed by compassion and respect for others. Put another way, Australian values are variants of equality and freedom, the principles of democracy. Democratic principles, not cultural values, are the case we should deploy against terrorism in general and ISIL in particular.

Fundamentalists like ISIL know they cannot convince us of their totalitarian vision. That is why they destroy, slaughter and conquer. They realise that the majority of the world, Muslim and non-Muslim alike, will not voluntarily change its political structures to create an Islamic caliphate.

Fundamentalists seek to weaken the political structures that we believe in. Their strategy is to convince disenfranchised individuals to commit abominations, and they hope that these abominations will elicit the kind of confusion and outrage that they do.

The dearest hope of ISIL propagandists is that they can persuade us that we are engaged in some sort of ‘clash of civilizations’, a fictional conflict between the values of the East and the West. They want us to overlook the fact that our democratic principles help us transcend cultural differences.

Democracy is both fragile and imperfect. For that reason Winston Churchill famously called it the ‘least worst’ form of government. Its success relies on balance between equality, which tries to prevent injustice and arbitrary privilege, and the freedom that allows us to be ourselves. Democracy is far from a ticket to utopia. Social and economic inequalities persist, as do the scourges of drugs, crime, coercion, and numerous other wrongs.

Conviction is not the motivation for all terrorists. Some no doubt act from a desire for personal revenge or rejection of their nation, community or the world generally. These people are exceptions, would-be murderers looking for a cause.

For the vast majority of people, though, the key to any political act is conviction. We need to be convinced of a way of life in order to uphold it. For most Australians, the benefits of our day-to-day lives are convincing proof. But for those for whom it is not, for those suffering through one of life’s many dark patches—especially, the self-identifying agonies of adolescence—a convincing vision for a better future is crucial.

Vague appeals to respect and to an abstract national unity do not constitute a convincing vision for the suffering and the marginalised. Only those already convinced of Australia’s goodness heed these appeals. Parramatta is evidence that the argument so far put is not a strong enough rebuttal of the utopian propaganda ISIL is busy broadcasting.

Australia is a democracy, and our values arise from democracy. This is the strong, simple and convincing moral counter-narrative that our leaders should champion.

We do not denigrate our culture by affirming that our society is based on the political principles of freedom and equality. Democratic principles are not perfect. But they are the essence of everything that is good about Australia.