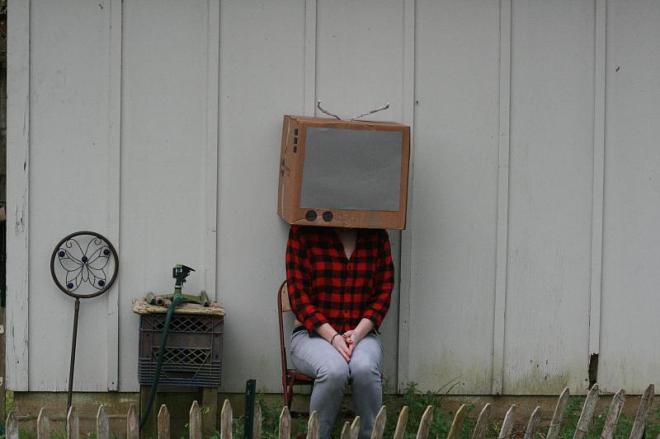 This piece appeared on the Overland website. The author retains copyright.

I see my seventh-best friend most days. I admit I’ve never actually met him; I nocturnally watch him. I know what that sounds like but our relationship, while unilateral, is totally legal.

I should add that my seventh-best friend does nothing of intellectual or physical value. He has transcended both the physical and instrumental realm. He manifests in my world as a disembodied head about the size of a ten-cent piece. Sometimes he moves and a phantasmal limb flickers, and that flickering reminds me he isn’t completely counterfeit.

If my friend were to have a function – if we were to fabricate one for him – he would be something like a niche cultural indexer. He broadcasts himself playing video games on YouTube, Twitch and other online platforms.

Every day he starts his ‘program’, as he calls it, in the late morning. He chats with his subscribers, talks about his cats, narrates pixelated events, eats food. Millions of eyeballs follow his cursor. This man, resplendent in pyjama bottoms, is probably more influential than any living philosopher.

His wealth remains an open question. I’ve heard rumour of a healthy income but he avoids linking his service with remuneration. He’s like any executive: transparency about their salary would invalidate their role, because their actual role is reducible to the delivery of an ambience, the elicitation that there is a human conscience in control of a megacorporation or, in the case of my friend, that someone cares about you (the watcher). When it collides with a concept like intrinsic value, a lot of the rationale for our present political economy evaporates.

In the present political economy, there are tens of thousands of people like my friend competing for our lonesome online gaze. They want to entertain us. Perhaps it’s more hegemonic than that; they want to replace part of our daily reality. Top streamers generate millions of years of material for a huge and captive audience.

My friend has a zealous viewership whose members leave heartfelt messages he will never read. Appraising these comments, I find a healthy mix of relaxed couples and employed adults that have replaced stale television with a ten-cent sized friendly face. His appeal is cross-sectional and global. Which makes him, if anything, more symptomatic and unsettling.

One commenter referred to this man as their ‘favourite friend simulator’. I instinctively rejected that newspeak. How repellent. Later, I returned to their comment. Hovering alone in cyberspace I re-read the dead letter, and I couldn’t deny that it was both reflexive and genuine. The reason I hated it had nothing to do with the message itself, but rather with the knowledge that it was also true for myself. Truth is rarely a pleasant encounter.

The unpleasantness of the truth – both its nature and its pursuit – is central to my work as a PhD student. My days are long, unstructured and lonely. The future is ambiguous. Academia is a demand-driven industry. (I should know; that’s why I got accepted.) Bureaucrats outnumber researchers. (I should know; I’ve worked both sides of the aisle.) There seems to be more workforce micrometry than world exploration.

On the days I work from home I have a habit of watching a YouTube video at lunchtime. A video made by my favourite friend simulator. He is, after all, a superlative comrade: funny, uncomplicated, accessible, chipper and constant.

I’ve worked many jobs in any number of fields and I’ve never felt as positively towards a colleague as I do towards this man. Of course, that’s because there’s no relationship here – no give and take and resultant ambivalence. We don’t exist for each other in the same way that you and I are (un)related right now. At this moment I am your friend simulator.

I ask myself what the difference is between what streamers do and what writers do and find myself needlessly recycling that insoluble debate about the affects of digital technology. Our base biology is that of a technological species – the ape with the opposable thumb – and my dopamine receptors can’t tell the difference between my friend simulator’s laugh, Bilbo Baggins’s journey and my fiancé’s chuckle.

Concerning the mess of current politics, it can be tempting to blame the underlying realities of human nature on communicative technologies. Fake news, etc. We tend to fantasise a pure pre-internet version of the human race, but all technology can ever do is mirror our interests and obsessions, individual and collective.

I do, however, worry that we are using digitisation to transcend concrete communities. The unionised workforce replaced with remote contractors, the welfare state hocked to buy multinational products. These long-term costs are new, and significant. Take my friend. Who’ll be there for him in his fifties? He’s American; where’s his safety net? Notwithstanding his skill at simulating friendship he’s mid-thirties and has only held one regular job. For him there’s no financial out. His solitary niche consumes him emotionally. In his downtime he watches other streamers. He was stricken when one of them, his favourite whom he never met, passed away.

Streamers work 60-hour + weeks. They slave to build a transient following that will instantly disappear the moment their channel goes silent. No holidays. No insurance. Every time YouTube tweaks their algorithm, dozens go to the wall. Their signal simply dies. The unpaid rent and hungry nights go unreported.

These entertainment workers exemplify a growing precariat that increasingly work the margins of world-spanning service and technology giants. As a class in particular, streamers fulfil the emergent needs of their fellow precariat.

During this period of rapid turnover, in which few millennials work for more than two years in a given position, work no longer provides emotional sustenance. No community underpinned the workplaces I’ve frequented. The hospitality industry is brutally disposable. As an office worker, I felt paradoxically trapped and abandoned on the open-plan cattle floor. And now I find myself outsourcing the basic perks of workplace camaraderie – a friendly face over lunch – because I’m part of an information economy in which the worker is a faceless, impermanent, precarious entity.

Even still, I can only imagine what it’s like to be my seventh-best friend. Locked into his computerised hamster wheel-within-a-wheel. Solaced in his meagre down time by other streamers. Devastated by the passing of his favourite friend simulator. This poor man, hopefully not a harbinger, is surely the precariat’s precariat.