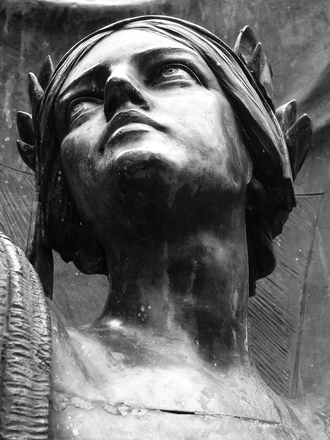 The most interesting judicial drama of today is surely the Australian Royal Commission into Trade Union Governance and Corruption. It is a Shakespearean tale of ambition and calculation, the worm turning and an emblematic character coming undone. Its descent into farce is also an opportunity to reflect on one of the key problems in society: how just is our justice system, really?

Today, or perhaps in coming days, Commissioner John Dyson Heydon AC QC, presiding officer of the Commission, will hand down a ruling as to his own real or perceived bias in accepting a Liberal Party invitation to speak at a party fundraiser whilst running what some have called a judicial witch-hunt into union corruption.

To use one popular colloquialism, that doesn’t pass the pub test. It seems fundamentally unjust to have someone in a position of power decide their own fate. But it happens often. Consider the Minchin Protocol, and what that means for Parliamentary entitlements.

But what can we compare this farce with? What is the ideal toward which we should aim?

It is easy to get caught up in the social clichés and colloquialisms such as the pub test, fair go, battler, etc. when reaching for a way to measure our justice system. But often the causes of social injustice are embedded deep in the values and myths that constitute a society.

So let us turn to someone different, from outside of our society: introducing, John Rawls, American political philosopher.

John Rawls, one of the most important political theorists of the 20thC, created, over a thirty-year period, a compelling account of how near-perfect justice should operate in a political democracy.

He argued that political justice derives from two principles:

Firstly, everyone must have equal access to basic human rights.

Secondly, socio-economic inequalities must be devised so as to equally available to all, and constructed to maximally advantage the most disadvantaged.

Sounds reasonable? In the abstract, it does rather. But there’s more.

For Rawls, these two principles will be a point of natural agreement between reasonable persons. Yes, this is still sounding rather reasonable (although perhaps tautological). However, there is one defining problem.

Justice does not arise, for Rawls, naturally from society. It must be created from outside of social identity, from a state that he calls the original position.

In the original position, members of a society are denied knowledge of what socioeconomic, ethnic, historical, and (it has been persuasively argued by Susan Okin and others, sexual) characteristics they will inhabit. They are only granted that they have rationality, or self-interest, and reasonableness, which Rawls defines as a sort of catchall willingness to see other people’s points of view. Therefore, socialised individuals cannot be fundamentally, intrinsically just, and less still can they agree on what is just for all. We are too bound by our social categories.

Lawyers talk of a ‘reasonable person’ test for bias (and for a lot of other things). But their construct is limited to a hypothetical person within a society, imbued with the values of that society. Our own justice system does not pass Rawl’s test.

And, whilst acknowledging that there are numerous strands of criticism for Rawl’s theory of justice, I must note, here, that it took Rawls thirty years, and numerous public works, to devise this logical theory of justice.

Even then, he was compelled to reduce the scope of his theory from that of ‘justice’ as a broad, Aristotle-esque generality to a narrow formula of political rather than moral, or even social, justice.

So in the Royal Commission into Trade Unions, we have a judge who sits firmly within society determining what another, hypothetical person within society would reasonably think of his past behaviour. We have a person conflicted on one if not two fronts, attempting to interpret social values and apply them to a specific context, under the guise of reasonableness – which, as Rawls has demonstrated, is a mechanism that works flawlessly only when the operator is shorn of all social standing, history and inculcation.

I have no inclination one way or another as to how Justice Heydon should rule on his own real or perceived bias. (Regardless, his reasoning will be fascinating.) I only think that it is a valuable exercise to compare our assumptions about our justice system against the reality, and against the abstract ideal that one philosopher has put forward.

Ultimately, the best lesson that can be learnt from this affair is that justice is not as simple as the ‘fairness’ we think it to be: it is either a massively complex social equation weighed from within society, or else it is a tremendously simple, logical conclusion reached from outside of society.

If it is the former – as in the case of a public judicial system – justice is inherently flawed, vociferously contested and eternally fragile (and there is nothing wrong with that). The whole construct can easily come undone, or be represented as farce, as has been the sorry case with this Royal Commission.

Perhaps our politicians should bear this in mind whenever they get the inclination to use the judiciary for political ends.